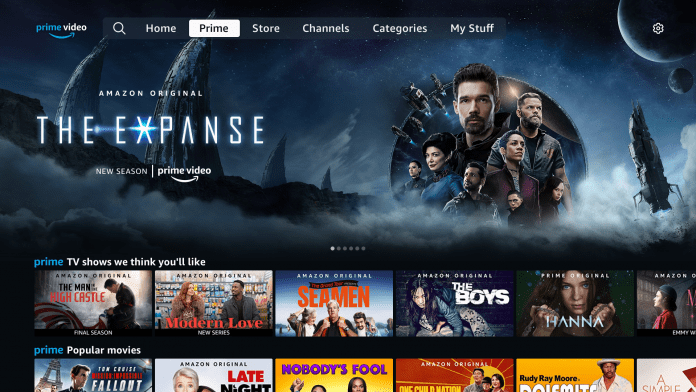 What’s new in Amazon Prime Video in August 2021? Now, the streaming service will release another zombie theme TV series. There is also the long-awaited Evangelion final animated film debut in the United States for the second season of Modern Love.

Here is everything coming to Amazon Prime in August 2021.

Are you ready for another zombie-themed TV series? Amazon Prime Video hopes you have this interesting twist in telling the story of the undead. The Spanish (English Subtitled) series centers on a Mexican drug trafficking gang who escapes from prison in their home country and heads to small towns across the United States Border. What he doesn’t know is that a failed experiment turned both American and Mexican soldiers into zombies. Now the drug king protects his little son and works with the US Army to kick out zombie soldiers.

Based on the New York Times column of the same name, the second season of this anthology series continues to talk about love and romance in a variety of ways. As with the first season, the second series includes all-star casts including Minnie Driver, Kit Harrington, Anna Paquin, Garrett Hedlund, and Tobias Menzies.

In general, anime fans and Evangelion have been waiting for the final Evangelion movie to drop for some time. The movie, already released in its native Japan, is being offered to the rest of the world in August via Amazon Prime Video. The last movie of the four-film series is a reboot of the popular 1990s Evangelion sci-fi anime TV series, about humans battling an alien invasion via massive mech machines. Amazon Prime Video will also drop the previous three Evangelion films on the service on the same day.

Adam Driver and Marion Kochial will appear in this original musical film. They play a very open couple (he is a comedian and she is an opera singer). However, the birth of her daughter Annette is new and influential in their lives in a different way.

Don’t have Amazon Prime Video yet? Sign up for a 30-day free trial version of Amazon Prime.

Netflix Movies and TV Shows that are coming in June 2021