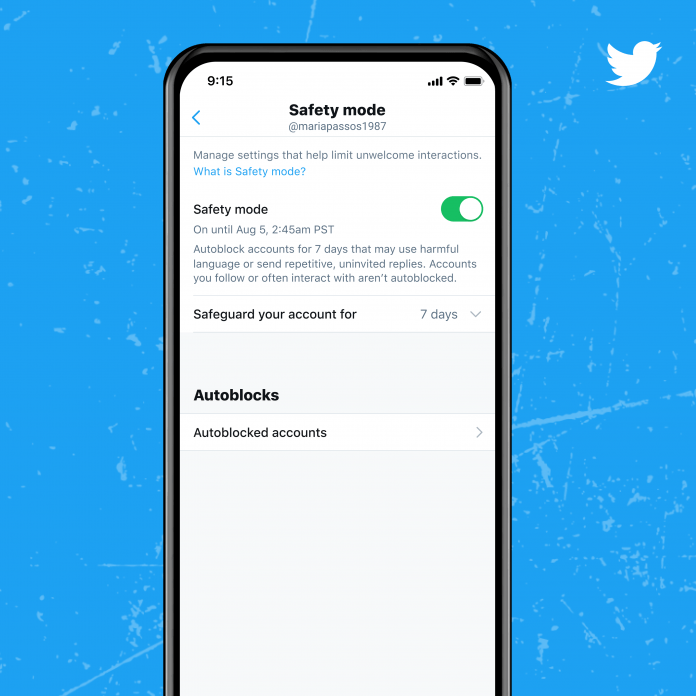 Twitter is releasing a new feature called Safety Mode. This feature automatically and temporarily blocks the account from sending harmful or erroneous Tweets to you. Safe mode is starting in beta, with the ‘small comment group’ English setting on iOS and Android Twitter.com accounts enabled. They will be expanding the tester group “in the coming months”.

In particular, this feature is not yet available to everyone. According to Doherty, as of September 1st, only “small feedback groups” using iOS, Android, and Twitter.com have the option to enable safe mode.

When the feedback group turns on this feature, Safe Mode will begin blocking accounts in advance at Twitter’s discretion.

Doherty says, “The author of a tweet that has been confirmed to be harmful or uninvited by our technology will be automatically blocked, which means that they can not follow your account or view your tweet. , they will not be able to send messages, “says Doherty.

Twitter unveiled safe mode at its February Analyst Day presentation, but at that time it wasn’t possible to know when it would officially go on. This is the latest feature of trying to reduce abuse on the platform. Other recent features include hiding replies, displaying warnings before tweeting potentially harmful replies, so that people can limit who can reply to their posts, etc.

Twitter intends to “observe how Safety Mode is working and incorporate improvements and adjustments before bringing it to everyone on the social media platform.”

Despite the new features, harassment remains an important issue on the platform. Racist abuse of black players on the English football team, who recently lost in the Euro 2020 Championship, turned out to be serious.

Snapdragon 888 Plus with 3 GHz CPU, and better AI engine

Microsoft Office 2021 will be available on October 5th