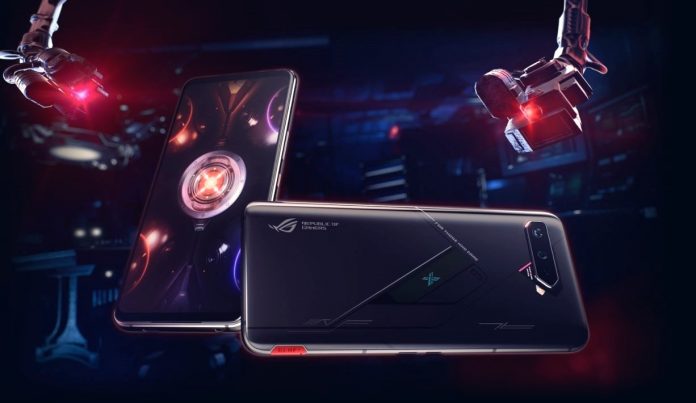 Asus just released their new gaming smartphone ROG Phone 5s pro. The gaming phone is available just on the official website of Asus right now. The price and the availability information have not been confirmed yet. Asus ROG Phone 5s Pro has a ROG Vision rear matrix color display.

ROG Phone 5s Pro packs a 6.78-inch 144 Hz screen with a resolution of 1080 x 2448 pixels. The HDR10+ AMOLED display is protected by Corning Gorilla Glass Victus. The Smartphone is powered by the octa-core Qualcomm Snapdragon 888+ SoC. As for the graphics unit, ROG Phone 5s Pro has Adreno 660.

Asus ROG Phone 5s Pro is powered by a 6000 mAh battery which is backed by a 65W fast charger. For transferring data and charging, the device has a Type-C port 3.1. ROG Phone 5s Pro has an Under-Display optical finger scanner for unlocking the device.

Capacity-wise, Asus released a single variant of the phone- 18GB RAM with 512GB of storage. ROG Phone 5s Pro is available in just one color-Phantom Black.

ASUS ROG Phone 5 is available in the US